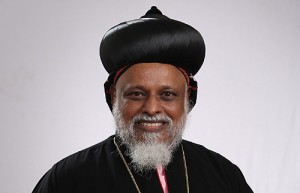 His Grace was Born on 18-12-1952 as the  son of Palamoottil Mathews and Mercy. Home  parish is St. Thomas Orthodox Cathedral, Kollam Diocese. After completing the formal education , Joined the Orthodox Theological Seminary, Kottayam  secured GST and BD degrees.

His Grace is well versed in different languages such as Malayalam, English, Greek, Hebrew, Amarac, Syriac.

He is elected as the  Metropolitan candidate on   17th February at the Malankara Association held at Sasthamkotta. He is consecrated as Metropolitan on  12th May 2010 at Mar Elia Cathedral, Kottayam.His Grace  is serving the Delhi Diocese as its Metropolitan.