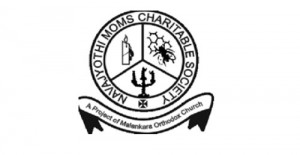 A Brief History
Marth Mariam Vanitha Samajam is the Women’s wing of the Malankara Orthodox Church of India. It is one of the major spiritual organization of the church combining all the female members. It is spread throughout the world in all the 30 Dioceses and functioning in all parishes of the church.

The organization was founded in 1928 aimed at the spiritual progress of women. The founders named it “Marth Mariam Samajam”after the Blessed Virgin Mary whom they accepted as their interceding saint. It was started under the patronage of the Late Very Rev. M.C.Kuriakose Ramban and with the leadership of K.M. Annamma. and co-workers.

There is a central committee with all the 30 Dioceses of the church. H.H. of the Patron. According to the constitution President, Vice President, General Secretary, Joint Secretary and Treasurer, The Secretaries from 30 Diocese & Diocese Representatives consist of the Central Committee. Central Committee is the deciding body of of Marth MariamVanitha Samajam. The Diocesan Metropolitan is the President of diocesan committee, Vice President is a priest from that Diocese and the vicars that of the branches. Each Diocesan Samajam has a secretary, elected from the committee members who in their turn represents the group or districts into which each diocese is subdivided. The Group secretaries encourage the branch samajams and make members ever more loyal to the faith and practices of the church. The diocesan and the organizing secretaries are expected to visit the branches at times.. Retreats, Bible Classes, Competitions etc are held on Parish, Group, Diocese & Akhila Malankara levels.

There is a Leadership Training Camp held annually for 2 days. Annual examinations are conducted based on prescribed text books of church faith, Bible portions and liturgical hymns. Examination is conducted inside & outside India in October.

This is the helping hand for the needy. Samajam is providing marriage aid, sick aid, education aid & providing for construction of houses for widows.

‘Vanitha Deepthi ‘ is the trimagazine released by Marth Mariam Vanitha Samajam from 2012.

These are two project under Marth Mariam Vanitha Samajam  for the upliftment of women.

In Kanjikuzhy Kottayam Marth Mariam Vanitha Samajam had a building with office constructed in 1987. It is renovated & the first floor of the building is completed in 2014. The Koodasa of the new construction was on 26th August 2014. Every 2nd Wednesday there is Holy Qurbana & Bible Class in the Chapel of Kendra Mandiram.

The Samajam was in the fore-front of the struggle to achieve equal ancestral property right for Christian women of Karalla.

Besides the central administrative office at Kottayam, almost all the Dioceses have their own headquarters and conference centers. There are vocational guidance centers, Nursery schools and self-employment projects, school for specially abled, Balika Bhavan.

Recently many changes occurred in the life of the Church with the humble persuasion. of this Samajam. During Baptism, the Girls are also permitted to enter the sanctuary and kiss the alter. The tradition that only boys are baptized just after the feast of Epipany is now changed. Females are allowed to read the Bible during liturgy. Nuns are allowed to serve at the alter during the worship services and Holy Liturgy in the convents. Women are now elected as members and office – bearers in the administration in Parishes. Marth Mariam Vanitha Samajam activities are conducted in Gulf, America, U.K- Europe.